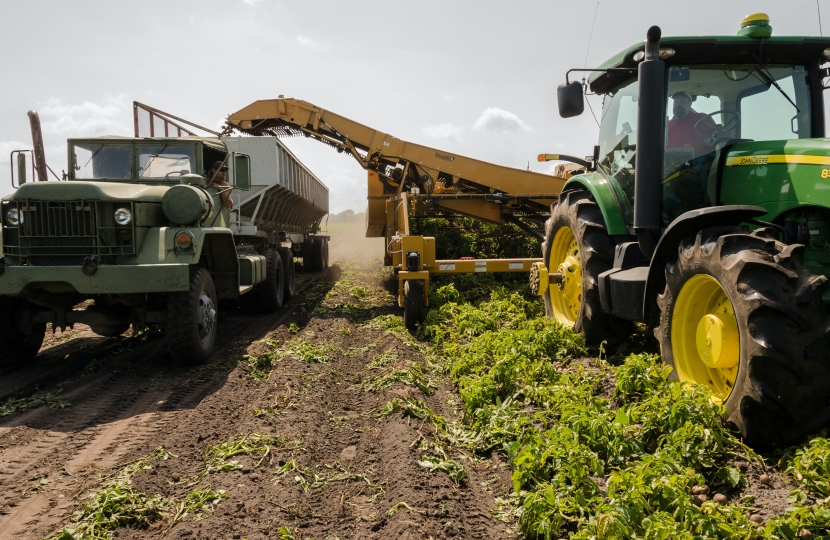 Thank you for contacting me about food standards and the Agriculture Bill.

I put my name to the two amendments moved by Neil Parish which would have added special and specific mandates above and beyond the already existing high standards that exist in food production and imports.

The Government has made clear that it is firmly and absolutely committed to maintaining the existing high standards, and as many of us felt that it was important not to tie the Government’s hands during ongoing negotiations for current trade deals nor to add to their regulatory burden we did not support these amendments when it came to a vote.

It is important to emphasise that the lack of these two amendments in no way prejudices or impacts the food standards – both of production and of import – that currently exist nor does it have any negative impact on future standards.

The EU Withdrawal Act transfers all existing EU food safety provisions, including existing import requirements, onto the UK statute book. These import standards include a ban on using artificial growth hormones in domestic and imported products and set out that no products, other than potable water, are approved to decontaminate poultry carcasses. Any changes to existing food safety legislation would require new legislation to be brought before Parliament.

I remain firmly opposed to any attempt to reduce or weaken the high standards in food production we have here in the United Kingdom. I am pleased that all food coming into this country will be required to meet existing import requirements. British consumers want quality and if our trading partners want to break into the UK market, they should expect to meet our standards. The manifesto I stood on was clear that in all trade negotiations, our high environmental protection, animal welfare, and food standards will not be compromised. The Government will stand firm in trade negotiations to ensure any deals live up to the values of our farmers and consumers.

Thank you again for taking the time to contact me. I hope that the above has offered some reassurance.