Sir Edward: Let's Compromise and Get a Deal 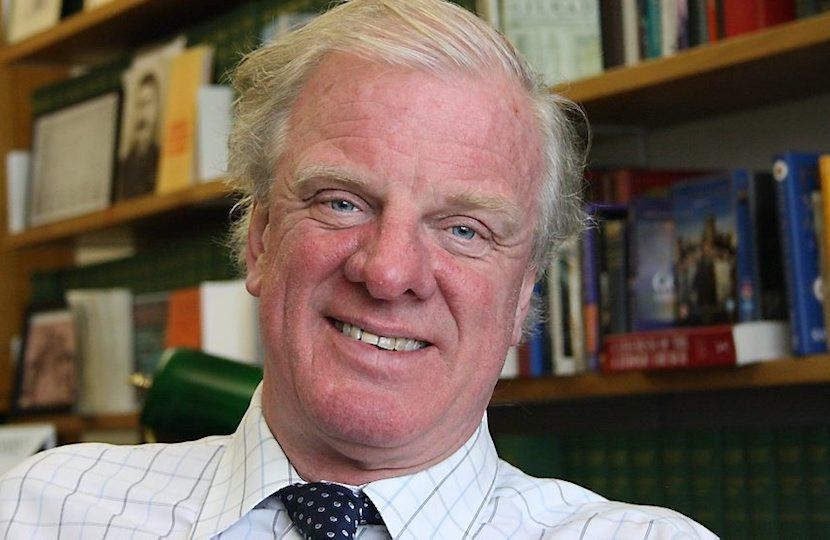 Sir Edward Leigh, the Conservative MP for Gainsborough, has written to the Prime Minister to encourage him to secure a trade deal with the EU and to compromise if necessary.

"As you know I voted leave in the Referendum and am a strong supporter of you and our cause," the MP told Boris Johnson. "I am a firm believer that No Deal is better than a bad deal.

"All the same, I believe a deal is achievable at this stage that will be acceptable both to the EU and to our parliamentary colleagues and the country at large. Compromise is an obvious necessity of negotiation, so we need to be judicious and thoughtful about what compromises we are willing to make now. But without an openness to compromise we will surely fail.

"Lastly the real existential threat we face is the break-up of the Union. If we get a deal that renders a lot of the Nationalist scare stories redundant, so it’s worth going the extra mile to get a deal."

Sir Edward said that control of the seas is 'central to our vision of the future and we want to nurture our home-grown fishing industry'. But he pointed out that after decades of the Common Fisheries Policy, the UK's fishing sector is much reduced and that vast parts of the nation's quota are already in European hands.

"If increasing our fishing sector and protecting the communities who rely upon it is a long-term goal, then in practice freedom to compromise now will have little effect on our independence so long as the seas are under our control by our agreement."

The MP of thirty-seven years service in the Commons also advised the Prime Minister not to let rules over state aid get in the way of a deal.

"Yes, we absolutely want more flexibility in how the state can interact with enterprise and industry – particularly if we can cultivate environments in which businesses can thrive. But the UK must be a trading nation open to the world, and the state is notoriously useless in picking winners or bailing out industries.

"If we are open to and trading with the world, then our industrial standards will naturally align to some extent with EU ones. We need strong consumer standards to protect buyers at home as well as to protect our workers whose jobs will rely on our products being safe and trustworthy so that they are purchased by people abroad – both in the EU and worldwide. We want room for manoeuvre but will tack closely to EU standards and, I hope, encourage them in the right direction through competition."

Sir Edward counselled the Prime Minister to 'get round the table' with Macron and Merkel and secure a deal and wished him good luck.

Sir Edward Leigh MP has written to the Secretary of State for Transport, Grant Shapps, to protest the proposed cut of central government funding for Lincolnshire's roads budget.