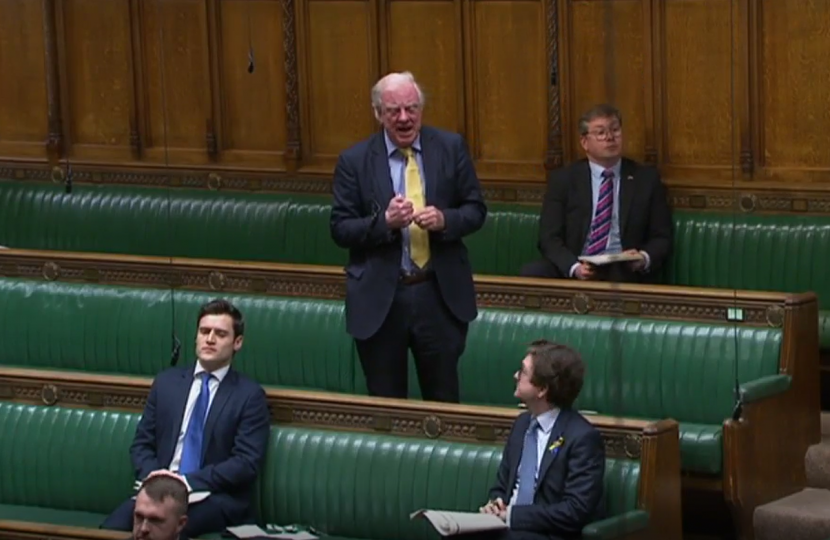 Sir Edward Leigh, the Conservative Member of Parliament for Gainsborough, questioned ministers in the House of Commons on their approach for tackling pockets of deprivation like the South West ward of Gainsborough town.

"I represent Gainsborough South West ward, the twenty-fourth most deprived in the country," Sir Edward said at the Department for Work & Pensions ministerial questions.

"I wonder whether the minister would like to come to Gainsborough and discuss with me how we can have pilots schemes, perhaps in the hundred most deprived wards in the country, to really tackle this problem of deprivation with a cross-government approach."

Sir Edward suggested a joined-up effort across government departments could "improve Universal Credit and tax credits to get people into work and keep people in work". Such an approach would help businesses create jobs in these wards and, Sir Edward said, help with housing. "Is that not a good idea?"

Works & Pensions minister David Rutley MP replied that Sir Edward was "absolutely right" and that "it is always a good idea to meet with the Right Honourable Member for Gainsborough".

"The best way to assist people is to help them gain the skills they need to move in to and progress in work," the Minister continued, pointing out that the Gainsborough JobCentre had been working with local businesses to create training opportunities.