Government Must Be Robust and Hold the Line 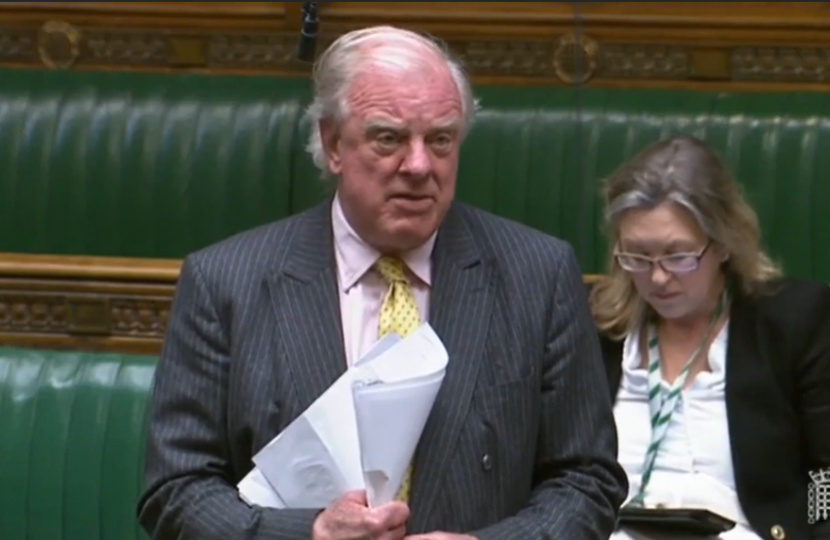 Sir Edward Leigh, the Conservative Member of Parliament for Gainsborough, spoke in the debate over the Lords Amendments to the Nationality and Borders Bill on Tuesday 22 March 2022.

Sir Edward Leigh MP (Gainsborough): I commend the Minister for the moderate and sensible way in which he introduced the Bill and I urge him, when considering how we should vote on all the amendments, to be robust and to hold the line. When the Bill becomes an Act it will be crawled over by so-called human rights lawyers, and I believe that it is the bare minimum to try to deal with the scandal of channel crossings, which are putting so many lives at risk.

Let us pause for a moment and think about what we can agree on. The push factors are enormous, such is the misery in the world in places such as Yemen, Syria, Iraq and many other countries. There is no limit to the number of people who want to come here. Let us consider the pull factors. We have the most liberal labour laws in Europe. We speak English; we can do nothing about that. We have no national identity card, which I think will become increasingly essential in the modern world. People can vanish into the community, and we already have large communities from all over the world. The pull factors are enormous—in a way, President Macron has a point.

We have to ask people who oppose the Bill and seek to amend it, what is their solution? Everybody accepts that the cross-channel trade is appalling—it criminalises desperate people and lines the pockets of gangsters—but what is the solution? Such is the pull factor and the push factor that even if we did have offshore asylum claims for 2,000, 5,000 or 10,000, it would probably make very little difference to the number of people desperate to get into this country by any means at all.

Jeremy Corbyn MP (Islington North): I am sorry I have only recently come into the Chamber; I was at the Westminster Bridge event. Will the right hon. Gentleman reflect for a moment on the fact that there are 1 million refugees in Bangladesh, many hundreds of thousands in Uganda and over 1 million in Poland? Many countries around the world, which are very poor and have very little infrastructure, have taken in far more refugees than any European country. They are holding their hands out to support people. He appears to be moving in the opposite direction.

Sir Edward Leigh MP (Gainsborough): I do not think that that is true. Actually, if we talk about our response to Ugandan refugees, Hong Kong and many other areas, we have been generous. We have to have a sense of proportion. Such is the overwhelming number of people who want to come here, we have to hold the line. If we did not, it would have a catastrophic effect on race relations. [Interruption.] Yes, it would, because people would be angry about it. They would think, “Why did I vote Brexit when I can’t even control my own borders? What are the Government doing?” The Government, to be responsible, have to respond by trying to deal with illegal cross-channel crossings. All the Lords amendments would just add to the pull factors. For instance, one amendment says that people should be allowed to work after six months. That is an extraordinarily attractive pull factor. I am afraid that the Government have to hold the line. My personal view is that until we are prepared to criminalise people who take the illegal route, until we are prepared to arrest them and until we are prepared to deport them, we will never have a chance of dealing with this trade.

The Bill is just the first step in trying to deal with this appalling problem. I ask those who support the amendments and oppose the Government today—I repeat the question—what is their solution? People are pouring across the channel every day. Sooner or later there is going to be a terrible tragedy. We have already had one tragedy in November. What is their solution? How are they going to stop that? How are they going to break the cycle used by criminal gangs? There is no solution, apart from what the Government are attempting to do today. It is a minimum solution. It is, actually, a humanitarian solution. It is about trying to prevent people from taking appalling risks. If we allow any of the amendments—any of the amendments—and if we do not hold the line, sooner or later there will be an even greater tragedy in the English channel.