India must fight the persecution of minorities 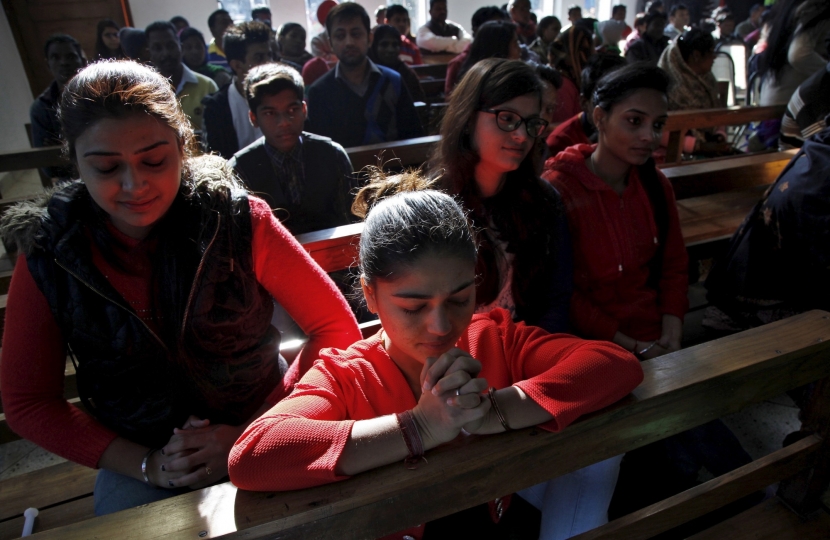 [Speech in Westminster Hall debate on Persecution of Muslims, Christians and minority groups in India, 12 January 2021]

We should congratulate the hon. Member for Strangford (Jim Shannon) on ensuring that we had this debate and on the comprehensive way in which he moved it. I suppose we started having such debates—some instituted by him and others by me—20 years ago, and I think we have made progress in ensuring that the Government take a more active role in such matters.

Actually, in recent years the Government have had the courage to stand up more and more for human rights, the right of Christians to profess their faith and the rights of people of other faiths to convert to Christianity. These Westminster Hall debates may not seem important in the great scheme of things, but they are all part of a pressure on the Government, and our Government has a moral duty to speak out as for centuries—certainly for the last century—Governments have spoken out in favour of human rights throughout the world.

I hesitated to take part in the debate because India is an incredibly complex country with an amazing history. Hinduism is integral to India—80% of the population are Hindus—and it is the most wonderful religion. Those who go to India, as I have, realise that it is part of the country’s DNA. I do not condone Hindu nationalism in any way, but we need to understand how Hindus feel that theirs is the religion of India. That said, there have been Muslims in India for many hundreds of years, so presumably they were living there when they originally converted to Islam.

The same applies to Christianity. Christianity is also integral to India. There have been Christians in India for the best part of 2,000 years. It is the third largest religion. There are 200 million Muslims, but there are still 30 million Christians—a huge number—in the country. According to legend and, undoubtedly, in fact, India was one of the first lands reached by early Christians. In Kerala, they date their Christianity back to the Apostle Thomas himself. And parts of north-eastern India even have a Christian majority.

Despite the electoral success of Modi and the BJP, it has to be said that although Hindus are still the overwhelming part of the population, their proportion of the population has been declining. No doubt that engenders a feeling of threat, but, dare I say it—I am not here to lecture anybody else’s country—nobody needs to feel under threat from Islam or Christianity in India. Hinduism will always be an absolutely integral part of the nation and overwhelmingly the majority religion.

Despite that and perhaps for political reasons—this is where nationalism is extremely dangerous—politicians around the world feel that they can use religion quite wrongly to promote themselves, get into office and stir up their followers. We just have to accept this, and our Government, in their dealings with the Modi Government, have to accept that the BJP has sharpened its tone against India’s religious minorities. There is absolutely no doubt about that; it is on the record.

Between 1967 and 2020, six states introduced laws or ordinances aiming to stop conversions. It is a dangerous thing to convert to Christianity in India, but there has to be some equivalence drawn, too. Let us make it absolutely clear that it is even more dangerous to convert to Christianity in Pakistan. We have to condemn absolutely this feeling in many countries of the world that it is wrong to convert or change religion, in any direction. Those ordinances and laws are often made, perversely, in the guise of protecting freedom of religion.

In 2015, Rajnath Singh, India’s then Minister of Home Affairs, called for a national debate on anti-conversion laws and said that one was needed at national level. However, although the Indian Government undoubtedly set an antichristian and anti-Muslim tone, I am afraid—well, I am not afraid; it is just a fact—that the fact is that violent intimidation at street level does the most harm, and much more harm than the Government or what they say.

“no sign of anti-Christian violence abating during India’s COVID-19 lockdown. In the first six months of 2020 one Indian NGO recorded 293 cases of persecution.”

“It is a cause of concern with the Church because Christians are being killed and beaten…There are much more attacks than ten years ago. Fundamentalism is a real problem.”

The Indian Government’s own figures, released in 2018, show an upward trend in inter-religious violence, and one has to ask why there is an upward trend. Is the tone being set by Government themselves? In 2016, 86 people were killed in sectarian violence and 2,321 were injured in 703 incidents. The following year, that rose to 111 people killed and 2,384 injured; there were 822 incidents in 2017. Between 2017 and the end of March 2019, there were more than 1,000 individual attacks on Christians.

The attacks are also widespread. In recent years, they have taken place in 24 out of India’s 29 states. In Odisha state in May 2019, local officials sent a team of 50 workers to demolish a Christian school and children’s hostel near Lichapeta. The school’s application for recognition of land tenure was suspiciously lost. Hindutva nationalism is pervading the actions of many officials in the Indian Government, from the Ministers at the top to local government bureaucrats.

Before I sit down, it would be quite wrong not to mention—as I think I have already said once, but I now emphasise—that the overwhelming victims of violence and discrimination in India are Muslims, and this follows decades of discrimination. Riots in north-east Delhi last year resulted in Muslim homes and businesses being destroyed; of the 53 dead from six days of violence, two thirds were Muslims—who had been shot, slashed or set on fire.

India is the world’s largest functioning democracy, and we should be proud of that. We are inextricably linked to India through our shared history, not all of which has been happy or peaceful. With more than 1 billion people, it is the largest Commonwealth country by a huge margin. On a number of fronts, India is a friend of Britain and a country we want to trade with more, deal with more, and visit.

However, true friendship requires not turning a blind eye to each other’s faults, and we must protest the violence and persecution in India today. I hope that this debate is a small step in the right direction.

The Equitable Life scandal has turned into a saga – it’s now decades since the facts emerged. Those facts are well-known: dubious practices were rife at Equitable Life. There was, as Lord Penrose put it, a culture of “manipulation and concealment”.