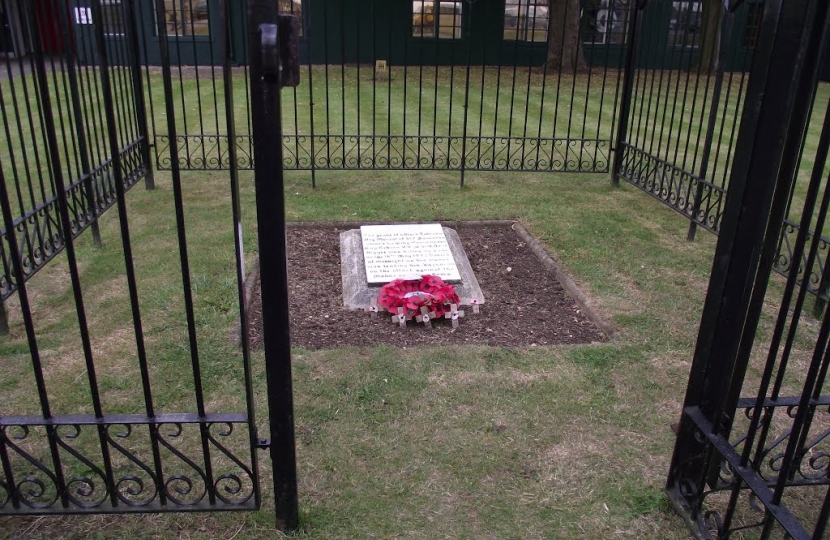 Sir Edward Leigh, the Conservative MP for Gainsborough has written to the station commander of RAF Scampton in his constituency over changes to the historic grave of Dambusters Wing Commander Guy Gibson’s dog. The MP asked the station commander to confirm whether or not the dog’s headstone, which mentions its racially derogatory name, had been removed.

“Undoubtedly we are both more sensitive and more sensible today when it comes to the delicateness of racialist and derogatory terminology which had been used with unfortunate informality in the past,” Sir Edward wrote to the RAF officer. “It is perfectly understandable that this is a tricky matter to which there are no simple or easy solutions.”

“I am, however, very fearful of our ability today to erase or re-write history,” the MP of thirty-seven years’ service in the Commons continued. “The past needs to be explained, taught about, and learned from – not re-written. Wing Cdr Gibson’s dog was much loved by the Dambusters and was killed while he was on a raid risking his life to defend our country.”

Sir Edward inquired as to what consultations the RAF had undertaken regarding the grave, as well as what measures they plan to take to preserve the heritage of RAF Scampton as it ends its service and is closed.

Sir Edward Leigh has written to Oliver Dowden, the Secretary of State for Digital, Culture, Media, and Sport, urging him to keep gyms, leisure facilities, and swimming pools open to preserve the country's physical and mental health.