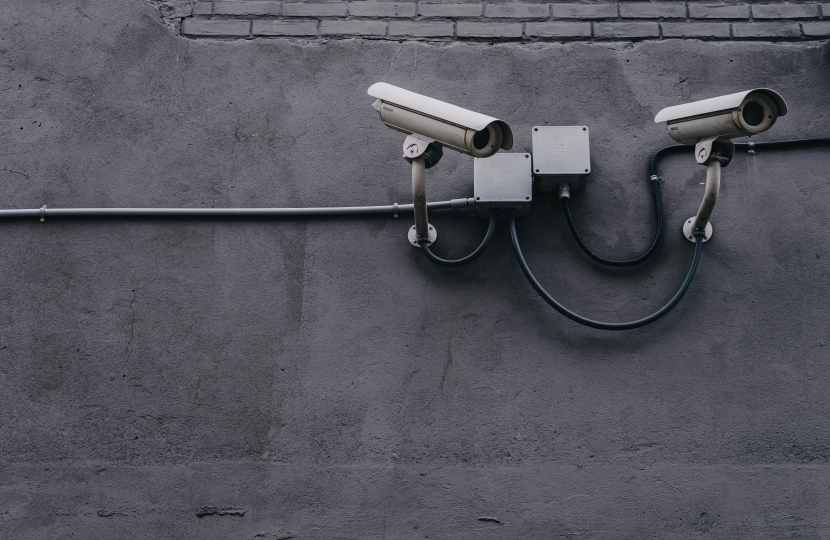 Sir Edward welcomes £250,780 in additional Government funding to crack down on burglary and theft in local crime hotspots. Sir Edward Leigh MP has welcomed the announcement that Lincolnshire Police will receive £250,780 in extra funding as part of the Government’s £25 million Safer Streets Fund – delivering on a key Conservative manifesto commitment.

The Safer Streets Fund forms part of the Government’s concerted action to tackle crime, and aims to stop offences that blight communities and cause misery to victims from happening in the first place.

The extra funding will be aimed at improving security in areas particularly affected by acquisitive crimes such as burglary, vehicle theft and robbery. These offences are the crimes that the public are most likely to encounter, and they are estimated to cost society billions of pounds every year.

The £250,780 of new funding will go towards measures proven to cut crime. These include simple changes to the design of streets such as locked gates around alleyways, increased street-lighting and the installation of CCTV.

Police and Crime Commissioners were invited to bid for a share of the £25 million Safer Streets Fund in January, with each project eligible for a grant of up to £550,000.

Bids were evaluated against a set criteria and bidders were asked to outline a plan to reduce crime within a local crime hotspot, demonstrating value for money, evidence of community engagement and long-term sustainability.

This additional funding comes alongside the Government’s commitment to recruit 20,000 additional police officers over the next three years, and the £1.1 billion funding boost for the policing system for 2020-21. Commenting, Sir Edward said:

“This Government was elected on the promise to crack down on crime and make our streets safer, and the £250,780 announced today for Lincolnshire Police will help deliver that.

“This new money will help fund proven crime cutting measures, such as increased street lighting, CCTV and locked gates around alleyways – and I am confident that this will prevent and reduce crimes such as burglary and robbery in the areas that need it most.

“I want people everywhere to feel secure in their communities and be able to live their lives free from the threat of crime, and this extra funding for Lincolnshire Police will help make that possible.”

“I will not stand by while criminals inflict fear and misery on our communities.

“That is why I set up this fund to ensure we are doing all we can to prevent people falling victim to these crimes.”

New intelligent CCTV will be installed in Gainsborough after a successful bid by Lincolnshire Police and Crime Commissioner Marc Jones. The bid, in collaboration with Lincolnshire Police and West Lindsey District Council, was one of the projects chosen to receive funding from the Government’s Safer Streets Fund. The scheme will include:

The money will also be used for fund additional Automatic Number Plate Recognition (ANPR) units in police cars around the town and a project, in partnership with West Lindsey Voluntary Centre Services,  to work with local residents to take on crime prevention and develop civic pride.

Police & Crime Commissioner Marc Jones said he was delighted the bid had been successful and was confident the project would be crucial in both preventing and fighting crime in the town.

“I am thrilled that we have been successful in bringing this additional money into the county and excited about the project,” he said.

“It’s another great example of how we are finding new and innovative ways to keep our communities safe and working in partnership to ensure out resources are used effectively and efficiently.”

“This project is another important step in protecting the community of Gainsborough from criminals and I am delighted the town will benefit from the grant.

“Our CCTV system is an important tool in both deterring and catching criminals and this project will allow us to upgrade and enhance the system to the best available technology.”