My Priority is to Serve You 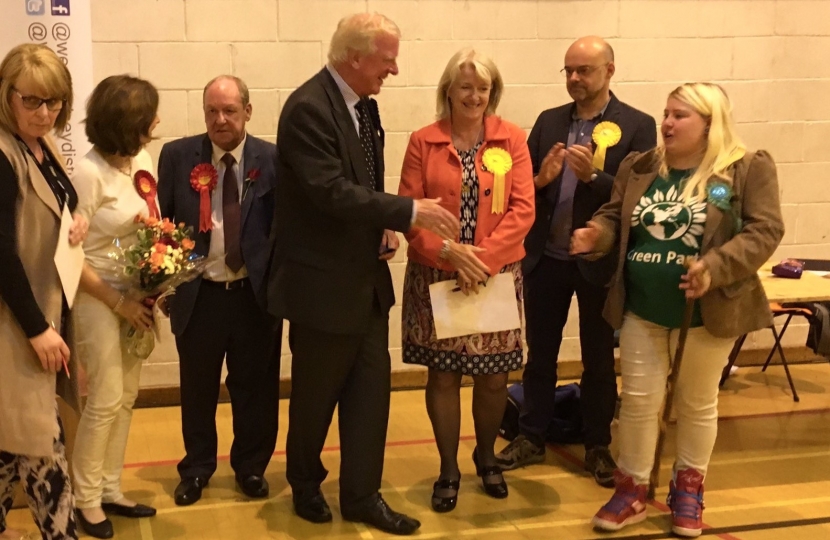 I would like to thank my fellow candidates for participating in this great celebration of parliamentary democracy, as well as the many volunteers across the constituency who put in hours and hours of hard work to ensure a good result. Every polling station is manned by men and women who give up valuable time to ensure that our system of representative government under the Crown continues to flourish, and they deserve our thanks as well.

My greatest thanks, however, is reserved for the voters who I have sought to represent fairly and honestly in the House of Commons. Westminster is often accused of being a bubble, a world unto itself ignorant of life outside, and I do my best to try and make sure the real world of Gainsborough, Market Rasen, Caistor, and elsewhere around the constituency gets through to the mandarins of Whitehall and the big guns in the Cabinet.

A huge number of voters put their trust in the Conservatives across the country. In Scotland we’ve had our best result since the year I was elected, as well as the highest vote share since 1979, and we even managed to kick Alex Salmond out of Parliament.

But a hung parliament isn’t the result we were working for, but we are intent on putting the national interest first as we form a government. We have had a productive working relationship with the DUP over many years and it seems likely that we will be able to work out an arrangement whereby they can give confidence and supply to a Conservative minority government.

Over sixty per cent of this constituency voted for Brexit and over sixty per cent voted for me. My mandate and instruction from the people of Gainsborough is to help secure full Brexit with control of our own borders and laws. As we embark upon Brexit, this arrangement will provide the certainty and stability we need to channel our efforts towards getting the best possible deal for this country. I will continue to be available to my constituents every weekend through my surgeries and the many events I attend. My main interest and priority is to serve you.

Travelling around the constituency during the general election campaign, often accompanied by my loyal hound Monti, I have enjoyed the chance to catch up with voters from all walks of life. It is vital that the Government and its decisions reflect the priorities and aspirations of hard working families and individuals in our part of Lincolnshire as well as across the country. There is much work to be done and I am keen that we get on and do it.