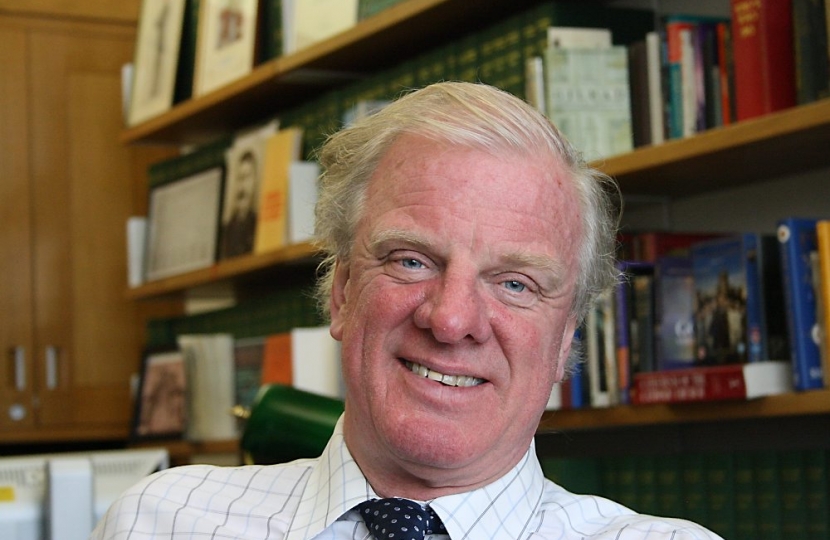 Sir Edward Leigh, the Conservative Member of Parliament for Gainsborough, has said people are getting "too used to the heavy hand of state control".

Many people are getting too used to the heavy hand of control. We need to get back to freedom being the norm.

The vaccine rollout has been immensely successful, particularly in Lincolnshire. So let's learn to live with the virus and let our small businesses get back to work. pic.twitter.com/Alseg08OAF

Speaking in the House of Commons in a debate on the Coronavirus restrictions, Sir Edward said:

As has been noted by my colleagues, there are very few Labour Back Benchers taking part in this debate, a point made in particular by my hon. Friend the Member for Wellingborough. Our Labour colleagues are not bad people; they are not lazy; but they are not as interested as we are in freedom. This whole debate is a mortal threat—a mortal threat—to the Conservative party. This is proven by history. When we had wartime regulation and a controlled economy between 1939 and 1945, it led to a Labour landslide. People get used to controls and at the end of July—the motion will go through today, obviously—there must be an entire re-set of the Conservative Government. We must be talking about freedom, civil liberties, trusting business not subsidising business, and low taxes. That is what the Conservative party is about.

Let us look at the data. In Lincolnshire, sadly, we have had one death in the past month. We have a population of 651,000 adults, 504,000 of whom have had their first jab, and of those, 400,000 have had their second jab. Some 95% of over-70s in Lincolnshire have had two jabs, as have 75% of the over-50s. There is no reason for Lincolnshire to be under any restrictions at all. I accept that we are one country, but if we must have controls I do not know why we cannot have regionalised controls.

The Government must act according to reasonable proportionality. Our job as Back Benchers is to scrutinise the Executive, but how can we do that if we do not know what the Executive’s goal is? There has been too much shifting of goal posts, and too many fatuous rules based not on science but on populism. Our society should be free and open, and there is a real danger that the public will increasingly ignore the restrictions. The Government will be a Government of the emperor without clothes. Of course the public in large part support the further controls, but what about business? Business is being driven into the ground. We do not support businesses with endless subsidies; we let business get on with business.

This will never end: at the end of this month there will be another variant. It will come from darkest Peru—the Peruvian variant—and Paddington Bear will be arrested at Paddington station and put in quarantine. It will go on and on and on. It is a bit of a cliché, but we are never going to eradicate this disease. It is like no other disease. It will constantly vary and constantly attack us, and we have to learn to live with it. We must not base our policy on the number of infections, which will rise and fall, and probably keep rising with every new variant. Our policy is to save the NHS. Our policy is to protect the NHS and stop it falling over. Only one policy makes sense at the end of July: is the NHS in danger, and are hospitals in danger of becoming over-full? That should be our policy.

"I was proud to open the new £1 million Centre for Agri-food Technology at Riseholme College with the Principal," Sir Edward said.