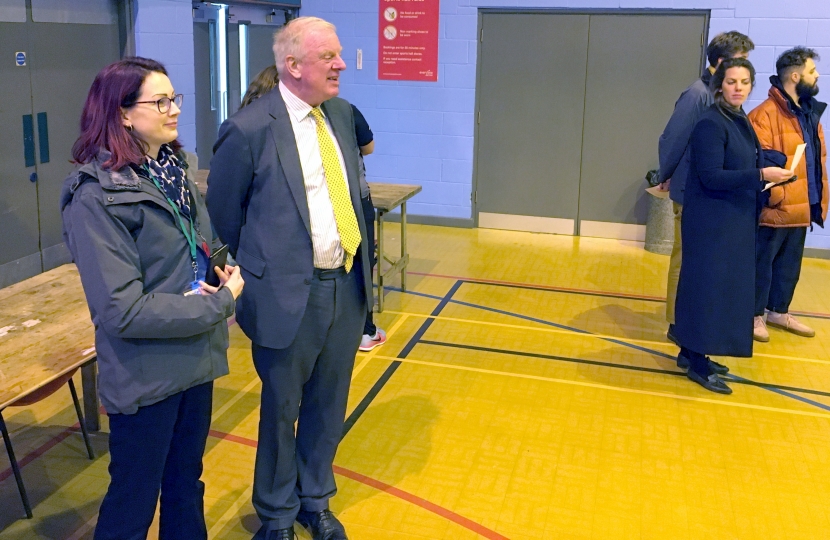 Sir Edward Leigh has been re-elected as the Member of Parliament for the Gainsborough constituency, who saw his tenth general election victory and an increased majority, on a night of good results for the Conservative Party.

"Thank you Alan and thank you to all your staff I know it has been a long evening, but I think we have really done well I think we are an hour and a half quicker. So

"I think it's been a good election. It's my tenth one now. You can never take anything for granted and there is no such thing as a safe seat. Can I just thank Boris Johnson for what many Conservatives think has been a very good, focussed campaign. I think, in this part of the world, I believe, we are very much in tune with what people want: Which is to get Brexit Done. I promise to go on to working for Gainsborough just as hard as I can."

"Sir Edward has never taken his constituency for granted, touring the whole area during the campaign and working hard as a constituency MP. Making sure he deals with constituents' requests diligently. His poll of 33,893 is the highest poll for any candidate ever in the Gainsborough constituency, beating the previous bests (31,790 in 2017 and 31,444 in 1992). The 66.4% share of the vote is also an improvement on the previous contest, and only the second time that any candidate has gone beyond a sixty per cent share of the vote.

"Labour have kept their second place - where they've been since 2015, when they displaced the Liberal Democrats as the main opposition here - with a reduced share back to their 2015 level.

"The Liberal Democrats remain in the doldrums following their collapse in support in 2015 having picked up just three percentage points. Lesley Rolling's third outing for them has not really proved significantly more successful than her first or second."

Sir Edward Leigh has welcomed additional railway services that will connect Market Rasen with Leicester and include more regular services between Grimsby and Lincoln.