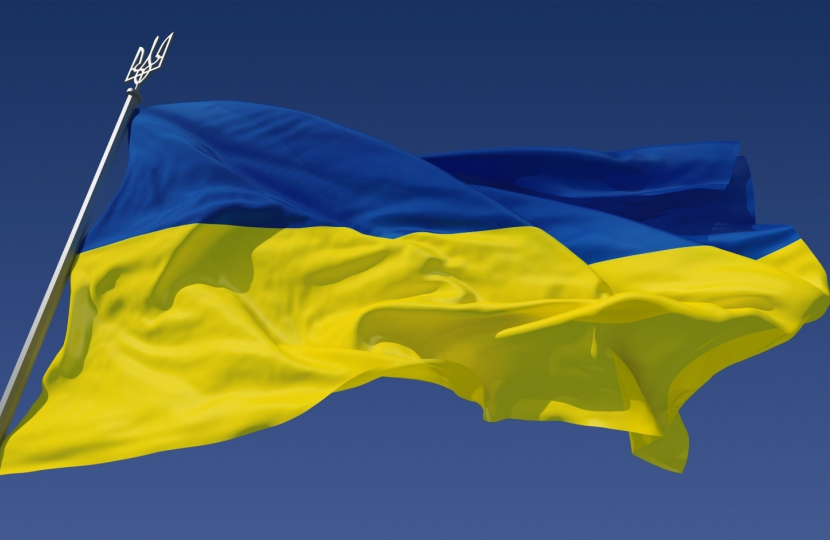 Sir Edward Leigh, the Conservative Member of Parliament for Gainsborough, has congratulated the Government for plans to welcome as many as 200,000 Ukrainian refugees to the United Kingdom.

"I reiterate my comments from last week that the Russian attack on Ukraine is a totally unprovoked and unjustified aggression," Sir Edward said, "and the Government must be vigorous in the practical assistance it provides to Ukraine, which it has followed through on."

"Unfortunately my comments this week welcoming the Government’s generous offer to allow as many as 200,000 Ukrainian refugees into the United Kingdom seem to have been misinterpreted or taken out of context because I highlighted that Lincolnshire’s needs still require government attention."

"The Home Office has been working very hard over the course of recent weeks in anticipation of an invasion to stand up a comprehensive package of support for those fleeing Ukraine and for Ukrainian nationals already in the UK," the MP continued.

"The situation is developing quickly and so the Government has to evolve its plans to adapt. The new expansive Ukrainian Family Scheme which will enable British nationals and Ukrainians already settled in the UK to bring a wider group of family members to the country, extending eligibility to parents, grandparents, adult offspring, and siblings."

"This is a generous offer which broadens the original package beyond immediate family members which formed part of the first phase of the Government’s humanitarian response. Those joining family in the UK will be granted leave for an initial period of twelve months and will be able to work and access public funds."

"Where family members of British nationals do not meet the usual eligibility criteria – but do pass security checks – UK Visas and Immigration will give them permission to enter the UK outside the rules for twelve months and is prioritising all applications."

"On top of this, the Government is establishing a humanitarian sponsorship pathway, which will open up a route to the UK for Ukrainians who may not have family ties with the United Kingdom but who are able to match with individuals, charities, businesses, and community groups. Those who come under this scheme will also be granted leave for an initial period of twelve months and will be able to work and access public services."

"Britain continues to lead and is doing its fair share in every aspect of this Ukraine conflict. Ministers have assured me that they continue to keep the Government’s handling of the situation under review as it develops. The Government continues to have my full support."