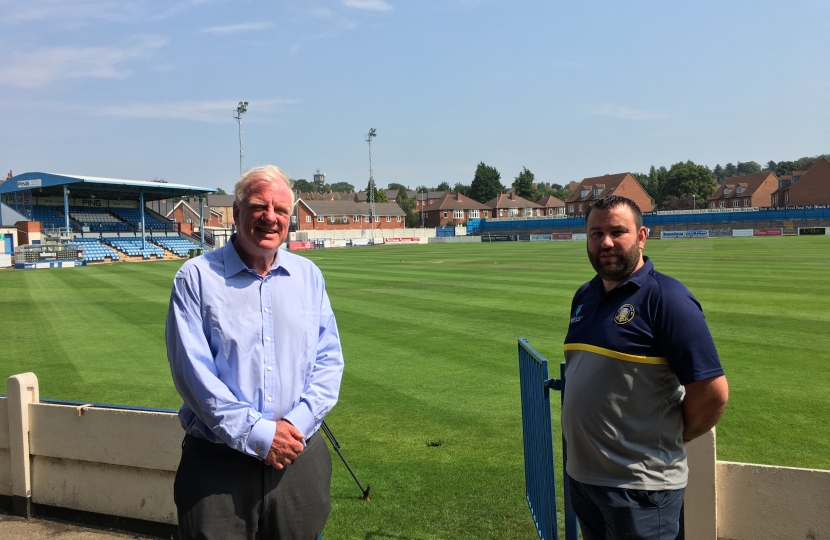 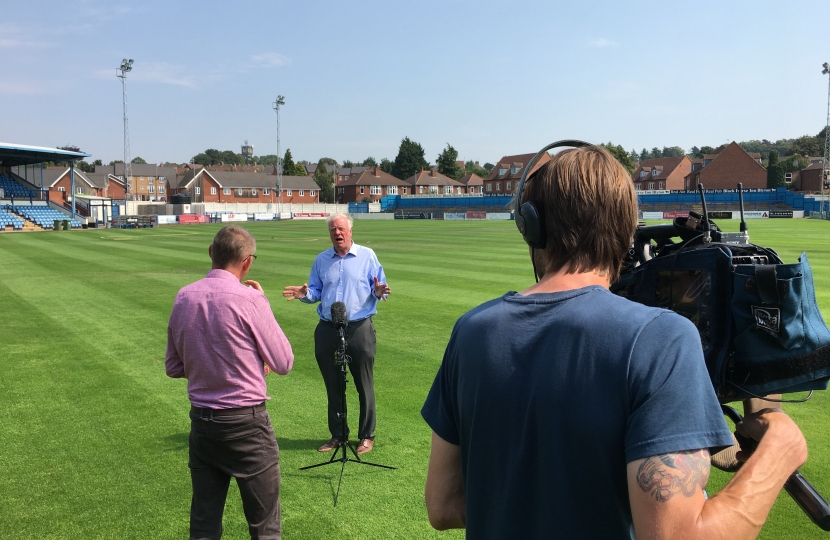 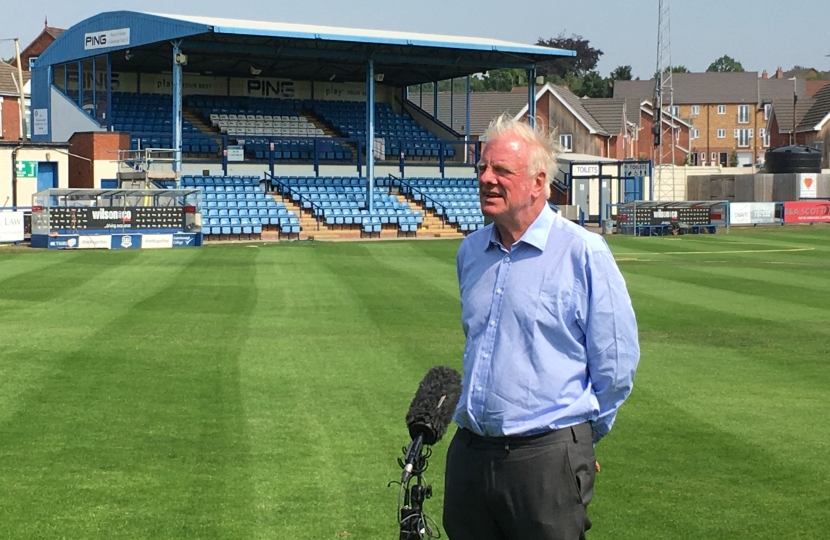 Sir Edward Leigh MP has written to the Rt. Hon Oliver Dowden MP, the Secretary of State for Digital, Culture, Media and Sport, to support the ‘Let Fans In’ campaign and support the Gainsborough Trinity Football Club. Sir Edward said:

“With the football season about to start again next week I am deeply worried over the future of football clubs like Gainsborough Trinity.

“Smaller clubs like Trinity are financially reliant on the paying presence of fans and supporters at matches and so are much more vulnerable than the big clubs like Chelsea and Manchester United.”

Trinity’s home matches usually attract a loyal crowd of around 500 supporters, but their grounds have a capacity well above that at 4,500. In a situation like this, it would be quite easy for social distancing to be observed, and the entire population have got used to wearing masks and the frequent washing of hands. Risk Assessments have been commissioned, hand sanitising equipment has been purchased, and online ticketing system has been introduced to drastically minimise any risk to public health. Sir Edward continued:

“I urge you to urgently allow football clubs like Gainsborough Trinity to allow fans to attend matches once the season begins on 19th September. The club has survived for one hundred and forty-seven years but is in imminent danger because of the financial black hole the pandemic has caused.

“The Prime Minister has impressed upon us that we must get the country back up and running as soon as public health adaptations can be made, and I hope the Secretary  will allow this to happen with our non-league football clubs who are ready, willing, and able.”

Sir Edward Leigh MP has written to the Secretary of State for Transport, Grant Shapps, to protest the proposed cut of central government funding for Lincolnshire's roads budget.