Sir Edward Writes to Jenrick for Gainsborough Levelling Up Funds 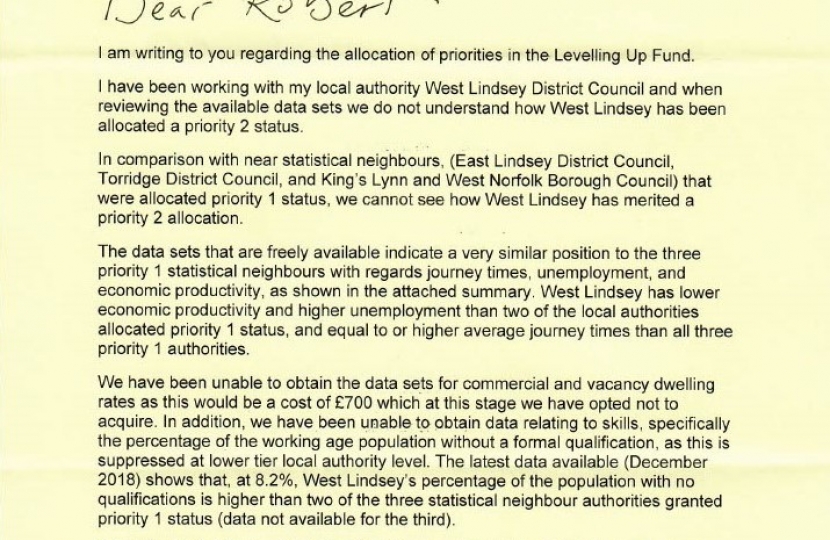 Sir Edward Leigh, the Conservative Member of Parliament for Gainsborough, has written to the Communities Secretary to secure more funding for the town under the Government's Levelling Up scheme.

The MP has been working alongside West Lindsey District Council to review the Ministry of Housing, Communities, and Local Government's datasets to prepare a good case for new funding for Gainsborough.

Sir Edward pointed out that statistical neighbours like East Lindsey, Torridge, King's Lynn & West Norfolk were awarded a higher priority of need than West Lindsey despite data indicating they are in similar positions.

"We cannot see how West Lindsey has merited a priority 2 allocation," Sir Edward wrote to the Secretary of State, Robert Jenrick. "The data sets that are freely available indicate a very similar position to the three priority 1 statistical neighbours with regards journey times, unemployment, and economic productivity, as shown in the attached summary. West Lindsey has lower economic productivity and higher unemployment than two of the local authorities allocated priority 1 status, and equal to or higher average journey times than all three priority 1 authorities."

Sir Edward asked the Communities Secretary to clarify how West Lindsey's status has been determined, given that the twenty-fourth most deprived area in the country is in Gainsborough Town.