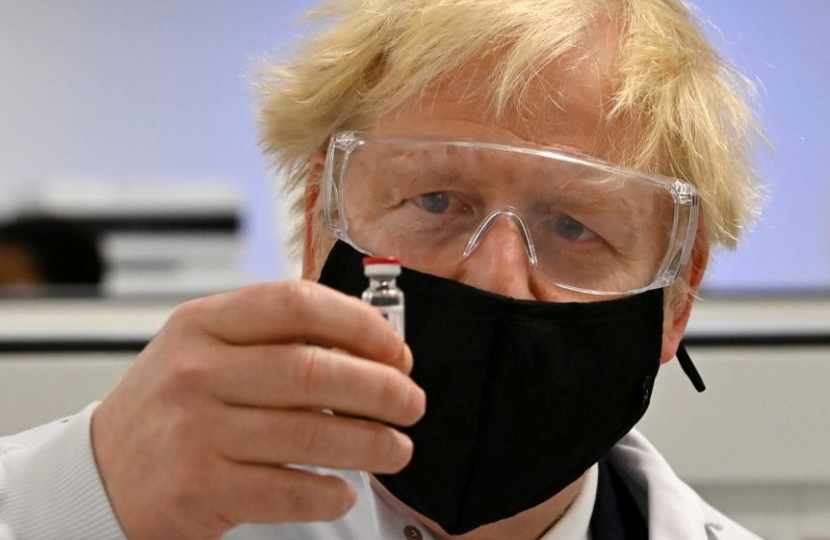 The vaccine roll-out is now well under way, with the first vaccinations in Lincolnshire having taken place last month. Patients are being prioritised by level of vulnerability, taking special account of age, and GPs will be in touch with patients individually when it is their turn to receive the vaccine.

We’re already vaccinating 200,000 people per day but the authorities are working hard to increase this. By the end of the week we’re on course for having over a thousand GP-led vaccination sites, 223 hospital sites, and seven giant vaccination centres for more heavily populated areas. We’ve already vaccinated over a third of the over-80s in the country and even the Queen and the Duke of Edinburgh have had their jabs.

I’m worried that the Lincolnshire Clinical Commissioning Group is focussing their vaccination programme too strongly on the south of the county and that we who are north of Lincoln aren’t being considered high priority enough, despite having many clinically vulnerable and elderly people. I’m in touch with the CCG frequently and will press them to ensure we in West Lindsey get more vaccines and quickly.

In the Commons I shared with the Prime Minister my worry that every successive lockdown we will prove less and less effective at preventing transmission. Meanwhile we have temporarily halted teaching in person despite the comparatively low level of mortality amongst otherwise healthy people who catch COVID between the ages of 16 and 60. I told him the Government needs to do more to help older people like me and others in priority groups to self-isolate when possible.

The Government has secured access to 100 million doses of vaccine for the United Kingdom, our overseas territories, and the crown dependencies. This is the biggest immunisation programme in the history of the UK and with over two and a half million people already receiving the vaccine it’s got off to a promising start. The NHS has committed to getting everyone in the top four priority groups vaccinated by the middle of February and statistics on vaccinations are being made available online.

We also need to bring in as much extra manpower as we can to deliver vaccines. I was outraged that some retired doctors and other medical professionals were being turned down to help vaccine patients because they hadn’t completed training on fire safety or how to spot a potential terrorist. I raised this in the House of Commons with the Health Secretary, who confirmed that he had removed these requirements that very day in order to get more highly qualified health professionals administering vaccines.