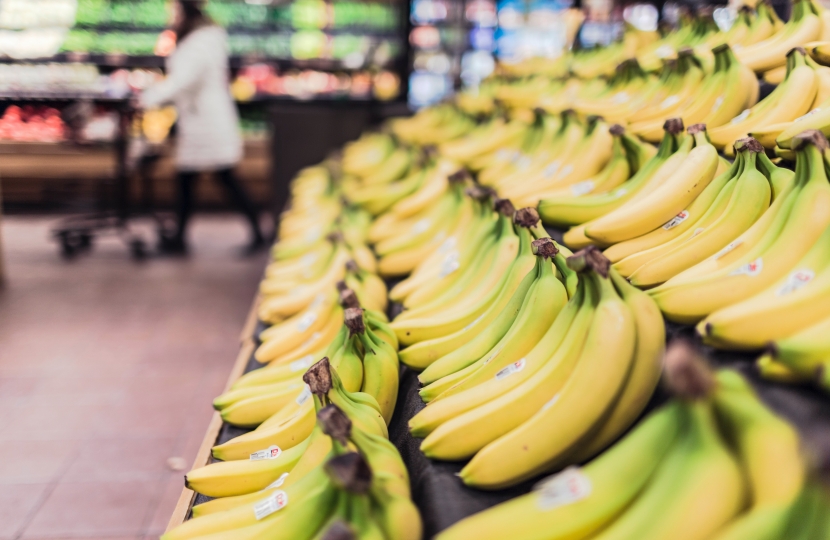 Thank you for contacting me about food standards and the UK’s trade policy.

It's vital that people across the UK have confidence in the food they eat, so I welcome the Government’s very clear commitment that future trade agreements must uphold our country’s high food standards. Ministers have made clear these standards will not be watered down in pursuit of any trade deal.

When the two amendments to the Agriculture Bill were proposed by Neil Parish MP I added my name to them to emphasise my support for continued high standards in imports, both for the sake of our farmers and of consumers. However I did not think it wise to tie the hands of the Government while they are currently negotiating important trade deals, such as with the EU and the US, which will provide many opportunities for our agricultural sector.

Four public consultations were launched in 2018 providing people with the opportunity to give their views (for example, on food standards) in potential future Free Trade Agreement negotiations with the USA, Australia, New Zealand and on the UK’s consideration of accession to the Comprehensive and Progressive Agreement for Trans-Pacific Partnership. All four consultations collectively attracted over 600,000 responses – making this one of the largest consultation exercises (by volume of responses) run by the UK Government. In any future potential trade agreement that the UK seeks to negotiate, the Government will undertake proportionate consultation.

Responding to the concerns many have raised, the Government has announced it will set up a Trade and Agriculture Commission. Through this body Ministers can ensure close engagement with the agriculture industry to help inform, shape, and guide our agricultural trade policy so that this is recognised throughout our trade negotiations.

Once the Commission has finished its work, it will produce a recommendatory report in line with its terms of reference that will be presented to Parliament by the Department for International Trade.