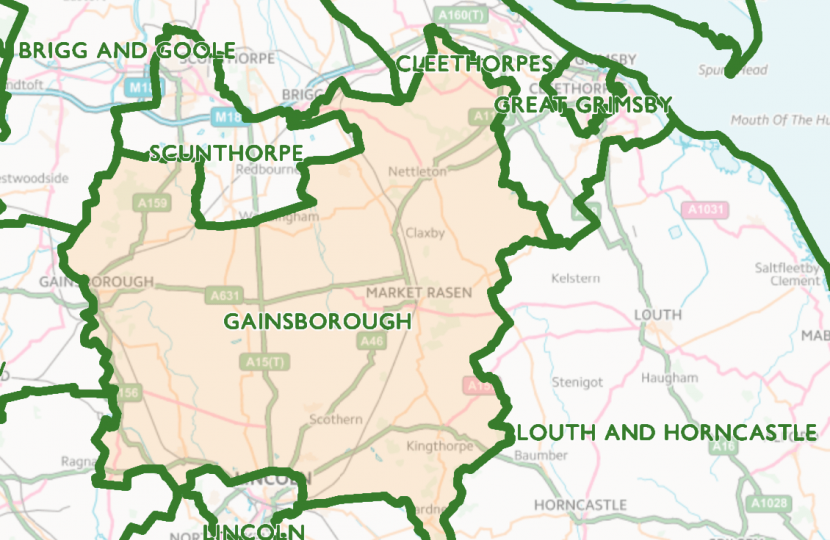 The constituency is entirely within Lincolnshire and has a total population of 81,596. The main population centre is the town of Gainsborough, secondary to this is the village of Welton, to the north of Lincoln. The constituency also includes the market towns of Wragby, Market Rasen and Caistor and the various villages and rural communities of the West Lindsey District. The constituency also comprises a number of villages and rural communities of the Wragby ward of the East Lindsey District.

Sir Edward Leigh was first elected to represent the people of the Gainsborough constituency in the general election of 1983. At the 2017 general election, Sir Edward  was re-elected with 31,790 votes (a majority of 17,023) out of 51,575 votes cast.