Constructive proposal on limiting the backstop 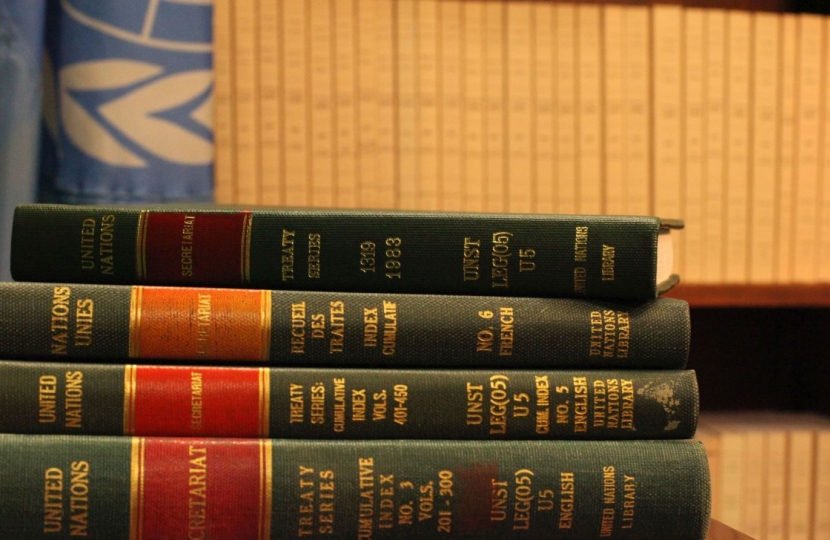 In the hope of ensuring we leave the European Union on time I have shared with Conservative colleagues and members of the DUP what I hope is a constructive proposal to break the current impasse on the proposed Withdrawal Agreement.

The Northern Ireland backstop protocol seems to be the largest stumbling block that threatens not achieving Brexit on time. It’s obvious that putting alternative arrangements in place and preventing a backstop from ever being implemented is infinitely preferable. But if a backstop is implemented, we need to have a way of limiting it so that it has an end date.

If a get-out clause or specific end date can’t be agreed with the EU, as looks likely, we could use an instrument of international diplomacy called a conditional interpretative declaration to provide an end date.

According to academic advice which I have received, the United Kingdom can assert that its consent to be bound by the Withdrawal Agreement is dependent upon the interpretation that the backstop has an end date.

As the EU rejected naming an end date to the backstop during negotiations, it is probable that they would only object (not refuse to ratify). My suspicion is that this would provide a convenient way out of the impasse for all sides.

What we would need to argue is that this interpretive declaration is compatible with the commitments to use “best endeavours” to negotiate “alternative arrangements”. This is the key to successful negotiations. A case can be made that termination of the backstop within a reasonable time is in fully in accord with the Agreement rather than an amendment to it.

I intend to move an amendment once the actual motion is finally laid down that proposes a conditional interpretive declaration setting an end-date for the backstop. I will take advice on what the end date should be but even under the most generous interpretation of the agreement this would be no later than December 2023.

I have asked colleagues for their comments and ideas regarding my proposal, which I hope will be a constructive effort to try and make sure we accomplish Brexit as we promised.

The Eat Out to Help Out scheme has launched this week, giving families 50 per cent off their restaurant bills in August. There are 3,190 participating independent restaurants, cafes and pubs, and outlets from smaller chains in East Midlands.