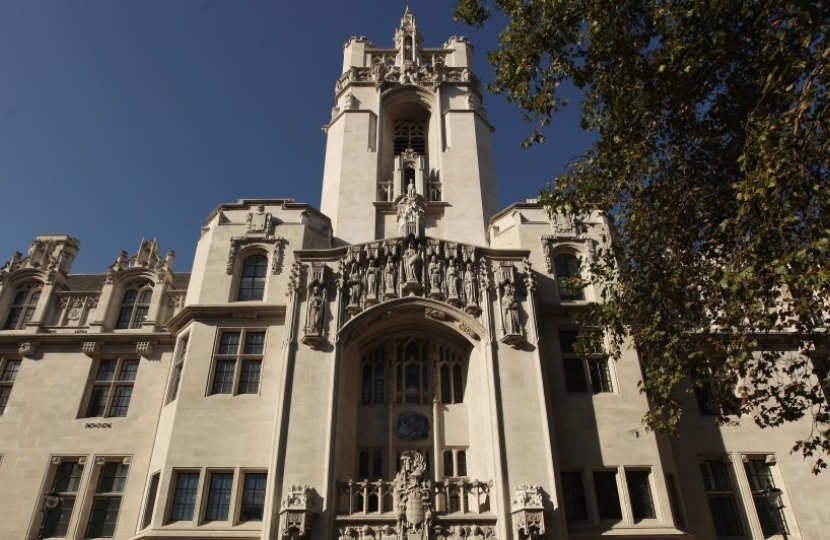 Published in: 'Common Sense: Conservative Thinking for a Post-Liberal Age'

Fighting the arbitrary and unaccountable exercise of power has been the central theme of Britain’s long tradition of constitutional development but the expansion of judicial power over the past half-century has undermined this important and noble task. Even while a broad consensus exists in favour of greater transparency, accountability, and scrutiny of power and government, judicial activism has provided a convenient and cryptic means of effective law-making in the absence of a democratic mandate.

The 1968 Lords decision in Conway v Rimmer concerning certificates of public interest immunity heralded the advent of this expansion in the power of judges. Previous rulings (such as Duncan v Cammell Laird) held that Crown privilege meant that public interest immunity certificates should be taken at face value – an interpretation that was not without challenge among jurists.

Conway was a benchmark example of activism in that it overturned precedent, removed clear power from where it had resided (admittedly not without contest), and defined courts and their judges as the ultimate arbiters wherein power resides. This upward trajectory continued, with around 500 applications for judicial review in a typical year of the 1980s – a number that reached 15,000 applications by the 2010s. From 1997 to 2007, over 3,000 new regulatory or criminal offences were added to the UK’s statute book, further expanding the power of judges.

Another vehicle for this increase was the evolving application of the European Convention of Human Rights. The original document is a very sensible one, as one might expect given its primary drafter was the Conservative lawyer, MP, and eventual peer, David Maxwell Fyfe. Organised by the Council of Europe, the loose organisation of free and democratic countries in a Europe divided by the Iron Curtain, the Convention was designed as an international agreement delineating the human rights member states were expected to respect.

A European Court of Human Rights (ECtHR) was also inaugurated to enforce the Convention in the cases in which Europeans’ civil rights were being violated. It was presumed this would be rare, as the Stalinist half of Europe had not signed up to the Convention and the western democracies generally had a strong, if not consistent, record in terms of human rights. Article 46 of the Convention required the United Kingdom to give effect to the rulings of the Court, but it was not even until 1966 that UK citizens were able to bring cases to the Court itself.

First, new protocols have been added to the Convention which have changed its fundamental nature – for example in the partial (Protocol 6) and then total (Protocol 13) abolition of the death penalty. Secondly, the Convention and the rulings of the Court were directly incorporated into UK law through the Human Rights Act 1998 (HRA) – itself a result of the addition of Protocol 11.

Thanks to HRA, the European Convention is now not just an international agreement – which the Government of the United Kingdom would have a broad discretion in determining how best to apply – but a matter of direct law. UK courts are bound to follow the rulings of the Strasbourg court, most of whose judges are not from common law systems. There is also a question of whether the Human Rights Act violates the Act of Union which guarantees the continued independent operation of the system of Scots law.

Problematically, judges on the ECtHR have adopted a very loose interpretation of the Convention, viewing it as a living document despite the fact that it is a set text agreed by international signatories. The Vienna Convention on the Law of Treaties (1969) mandates that a treaty (such as the ECHR) be interpreted according to the ordinary meaning of its terms, having due regard for object and purpose.

In his 2013 Sultan Azlan Shah Lecture, Lord Sumption argued that the Strasbourg judges have “transformed the Convention from the safeguard against despotism, which was intended by its draftsmen, into a template for many aspects of the domestic legal order”. Unaccountable to a demos that elected it, the Court (Sumption contends) “has become the international flag-bearer for judge-made fundamental law extending well beyond the text which it is charged with applying”.

Sumption cites Article 8 of the Convention, which was drafted with the intention of protecting Europeans against undue state surveillance. Through the Court’s rulings, Article 8 has since been extended to apply to the legal status of children of unmarried parents, immigration and deportation, extradition, criminal sentencing, child abduction, landlord-tenant relations, and many other issues.

The problem here is that the ECtHR takes contentious issues which are rightly the subject for public debate, parliamentary scrutiny, the discretion of officials, or democratic consent and removes them from all of the above entirely. Disenfranchisement of convicted criminals, which is the settled political will of the British people, is just one example of where the ECtHR has consistently usurped the realm of political debate and declared a case closed regardless.

The UK’s own Supreme Court has unfortunately followed the trend from Strasbourg, most controversially in ruling a prorogation of Parliament invalid. The justices ruled that parliamentary sovereignty needs to be protected from the executive’s power to prorogue Parliament. But while this is a perfectly legitimate political opinion, enforcing it via a judicial ruling overturns centuries of precedent as well as the direct prohibition of judicial questioning of proceedings in Parliament made clear and explicit by Article 9 of the 1689 Bill of Rights.

The Supreme Court’s ruling, according to Oxford University legal scholar John Finnis, “ignores most of the immediately relevant statutory and political constraints and contextualising factors, and illustrates the ineptitude of judicial forays into high politics”. It is a naked power grab, with no substantial legal or juridical justification.

In a political act, the justices of the Supreme Court gambled in order to stop Brexit. The Prime Minister called a general election, put the case to the people, and won a strong majority. Parliamentary democracy won and the politicised justices lost, but in order to prevent a repeat the case for legislative reform of the Supreme Court is compelling.