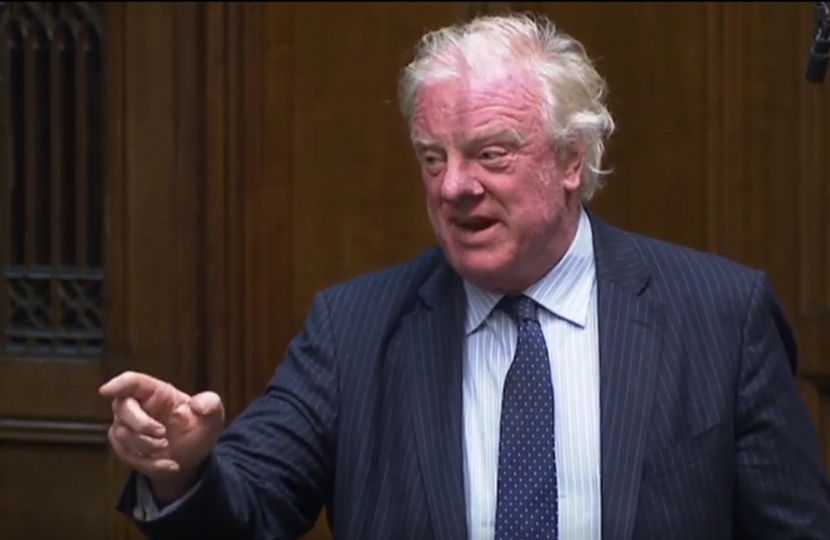 Following a relentless campaign of meeting with, writing to, and challenging ministers in on the floor of the House of Commons, Sir Edward said he was “proud” of what had been achieved.

“I have lobbied unceasingly for Levelling Up funds for Gainsborough and this is a very good result for the town,” the MP said. “When I started there was a fair amount of scepticism that we wouldn’t meet the funding criteria. After an initial bid for a Town Deal, the Communities Secretary and my neighbouring MP for Newark, Robert Jenrick, encouraged us to bid for Levelling Up funds.”

“West Lindsey put together a comprehensive plan to put funds to good and productive use. The team worked hard to analyse what Gainsborough needs and we’ve highlighted the pockets of inequality in the town, particularly in the South West ward.”

In addition to writing and meeting with the Newark MP, Sir Edward wrote early on to his successor Michael Gove, the Secretary of State for Levelling Up, Housing, and Communities, backing West Lindsey’s proposals for regeneration transforming the heart of Gainsborough town.

“The council has developed an outstanding bid that aligns with regional recovery priorities and delivers against our own Governments national strategic priorities,” the MP wrote to the new Levelling Up Secretary in September following the cabinet reshuffle. “If this bid is successful the impact on Gainsborough will be enormous.”

The announcement of £10,274,858 of funding for Gainsborough follows on from nearly one million pounds of extra funding to help Caistor Grammar School bring its buildings up to standard announced by the Department for Education earlier this year.

I was honoured to lay a wreath at the war memorial in Gainsborough this Remembrance Sunday. War memorials in churches and at the centre of villages across West Lindsey record the many names of those who fell in the First and Second World Wars.