The Queen's life of service is a great blessing 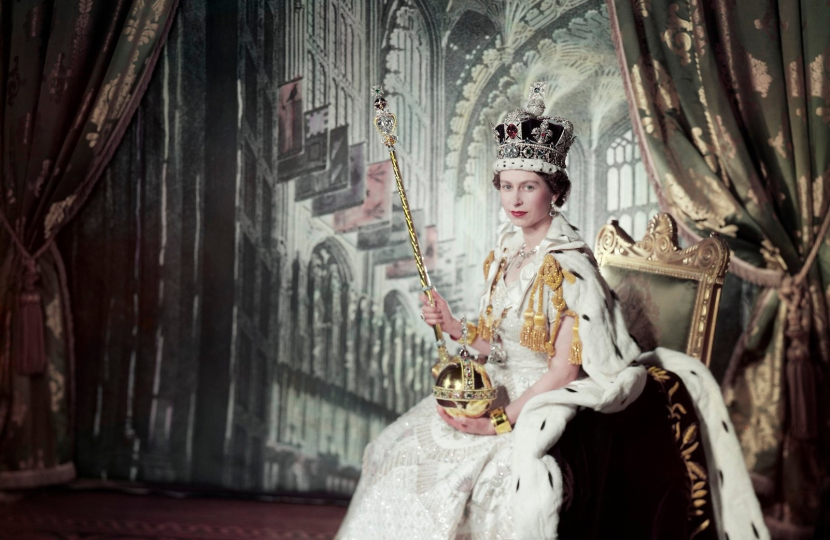 Sir Edward Leigh, the Conservative Member of Parliament for Gainsborough, has praised Queen Elizabeth II's life of devoted service to her country and the Commonwealth.

In the House of Commons debate on the Queen's Platinum Jubilee, the Lincolnshire MP pointed out that faith is the foundation of her sense of duty and that the Queen is never afraid to mention God and to invoke divine help.

"Whether we are people of faith, atheists, humanists or secularists, we appreciate her long record of devoted service, which I am sure is founded on her faith, and we celebrate her whole life."

Apart from the Father of the House, most hon. Members at this debate have lived under no other monarch. I was only one year old when the Queen came to the throne, so I must confess that my recollection of the last reign is somewhat dim, but I have been very happy to live during this one.

I am not sure whether it has yet been mentioned that the Queen is the only leading public figure who never asked for the job. She never campaigned for it, never plotted for it and probably never wanted it. Her whole life has been one of duty — what an incredible record.

Another point that has not been emphasised is that Her Majesty is one of the very few remaining leading public figures who acknowledge their faith. Others, perhaps, fear putting themselves on some kind of moral pedestal. Her faith is moderate, compassionate and non-judgmental, as she reminds us every year on the Feast of the Incarnation in her Christmas address and at the end of the Queen’s Speech. As we stand at the Bar of the other House, she tells us, “I pray that the blessing of Almighty God may rest upon your counsels.” I doubt that they always do.

As Princess Elizabeth and as Queen Elizabeth, she has never been afraid of talking about her faith. Who can forget her 21st birthday speech in Cape Town? She addressed

“all the peoples of the British Commonwealth…wherever they live, whatever race they come from, and whatever language they speak”,

“my whole life whether it be long or short shall be devoted to your service”.

She ended her address by invoking divine help:

“God help me to make good my vow, and God bless all of you who are willing to share in it.”

The reign of the first Queen Elizabeth was marked by religious bigotry, division and bloodshed — indeed, one of my ancestors was hung, drawn and quartered for his faith — but the reign of this Queen Elizabeth has been marked by unity, peace, freedom and toleration. Whether we are people of faith, atheists, humanists or secularists, we appreciate her long record of devoted service, which I am sure is founded on her faith, and we celebrate her whole life.

May I end with a personal point? I know that we are not supposed to talk about Privy Council meetings, but the Prime Minister has emboldened me by addressing, in part, what happens in his meetings with the sovereign. When I was made a Privy Counsellor, I mentioned to the present Clerk of the Privy Council that I was very proud that my father had been its clerk some 35 years earlier. The present clerk is a very modern civil servant, of course, so he looked completely blank, but when I summoned up the courage to mention it to Her Majesty, she immediately fixed me with an eagle eye and said, “Yes, I know it—I remember it.” That sums up not just her devotion to duty, but her formidable intellect. How lucky we are to have a Head of State who has such an incredibly long institutional memory.