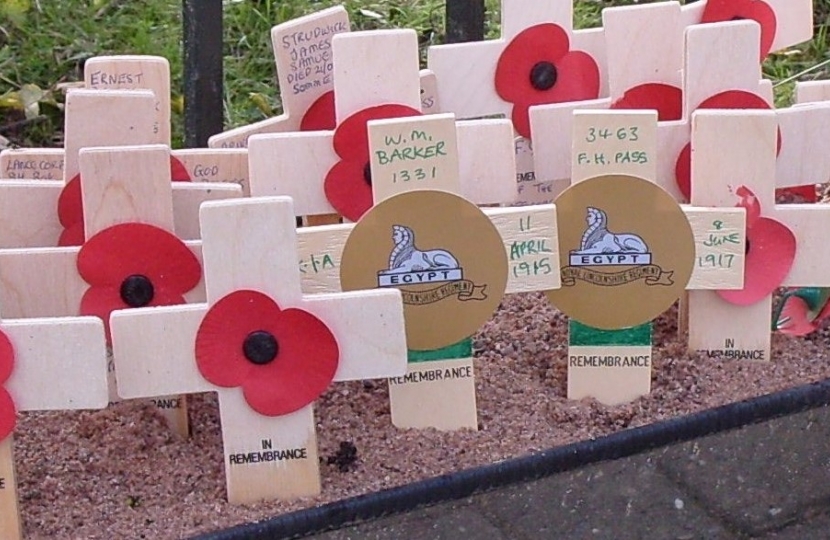 November is inescapably a poignant time of year where the days are getting shorter, the clocks have changed, and we prepare ourselves for winter. Somehow it seems appropriate that the Great War ended on the eleventh hour of the eleventh day of the eleventh month in 1918. This time of year has a mournful melancholy to it that lends itself to remembering the dead as well as all those who served their country.

Gratitude is one of the most important virtues to cultivate in ourselves and to inculcate in the young, so I was disappointed that it wasn't possible for me to take part in our usual Remembrance Sunday service at Gainsborough Parish Church. Only sixty of us had tickets and the church is large so social distancing would have been achievable. As it happens, instead we managed to have a small and socially distanced outdoor commemoration in my village where a few of us read out the names of those who made the supreme sacrifice for King and Country.

While Hull is experiencing a spike in cases, our rate of infection here in Lincolnshire is still below the national average. Moving back to a tiered system would respond both to the needs and to the dangers of infection that vary widely from place to place. Every chance I have in the House of Commons I urge ministers to localise their strategy. We should focus our resources on protecting, supporting, and shielding the most vulnerable in our society and then let everyone else get back to normal — even with social distancing and other risk reduction measures.

The homeless are among the most vulnerable of all people in Britain and alas this is not just a London problem. Homelessness exists even in Lincolnshire, and on a recent visit to the YMCA's Day Care Centre I heard about the great work the YMCA's Nomad Centre is doing for homeless people in Lincoln. I rang the Lincolnshire YMCA's chief executive recently in advance of the matter coming up in the House of Commons and she said it wasn't the level of government support that was worrying her but whether it would get to those charities that carry out the frontline work quickly enough.

I told ministers that in a pandemic we think the state can do everything, but we should really be empowering and supporting charities. I will also press ministers to release Towns Fund money to help Gainsborough as it is the highest-scored in its priority group not to receive funding yet. We should have another chance to bid in the new year.

Lincolnshire farmers are looking for new markets abroad and like the NFU I welcome the new trade agreement with Australia.

Before the Second World War you could walk from Lincoln to Grimsby over the derelict and failed farms.