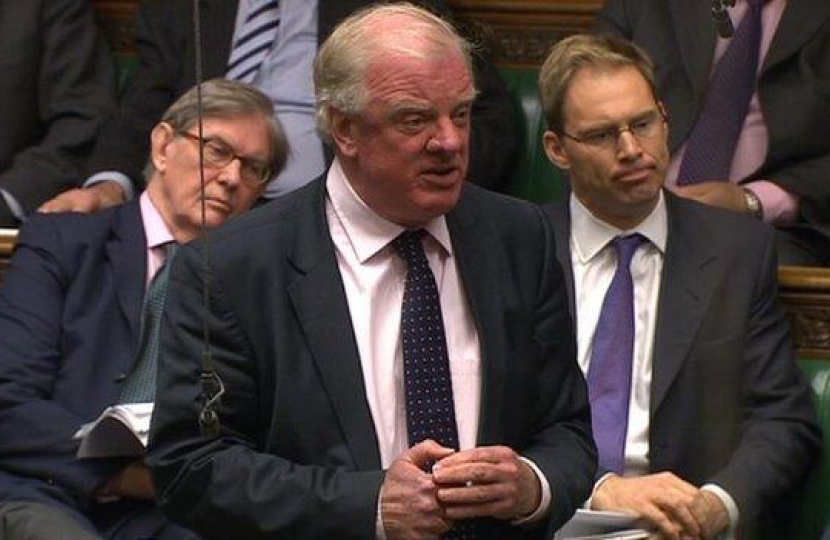 Sir Edward Leigh, the Conservative Member of Parliament for Gainsborough, has condemned Whitehall’s plans for local government funding as “unfair” to rural authorities. Speaking in a Commons debate, Sir Edward noted that the proposed Local Government Funding Settlement would, on a per person basis, be cut by 31% for West Lindsey District Council while an urban council like Wolverhampton would only face an 18.6% reduction.

“I accept that cuts have to be made,” Sir Edward told his fellow MPs, but “local government has delivered broadly the same service over the last five years despite having to face considerable cuts.”

“I have worked alongside Lincolnshire County Council and West Lindsey District Council for decades, and they are not spendthrifts,” the MP continued. “They know the needs of our people far more than anyone in Whitehall does. We have already give up much of our invaluable network of local libraries, and got rid of our magistrate’s courts, and our police stations. How much more does Whitehall really expect that rural England can take?”

Pointing out that rural authorities like Lincolnshire include “real areas of deprivation” the MP of thirty years’ service in the Commons said it was “totally unacceptable” that “we are not bearing the burden equally.”

The Local Government Finance Settlement, Sir Edward said, was “totally unfair to the rural taxpayer and our rural authorities” and that it “must be revisited.”