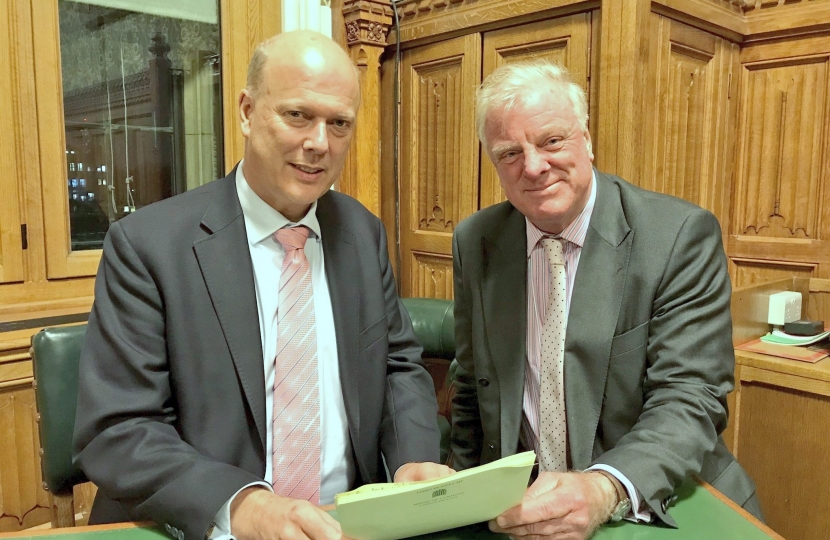 Sir Edward Leigh, the Member of Parliament for the Gainsborough constituency, recently met with the Secretary of State for Transport, Rt. Hon. Chris Grayling MP, to discuss improved rail connections for Market Rasen.

Sir Edward has long supported improving the rail services available at local stations. When he met with the Chris Grayling, the Transport Secretary, he backed proposal for additional services, via Market Rasen, which would connect Grimsby with London. Sir Edward Leigh commented:

“Earlier this year I said I would petition the Transport Secretary to make sure we get improved services. Last week I met with him and have reaffirmed my support for improved rail services at Market Rasen.”

Since 2010, the Government have embarked on the biggest rail modernisation programme since Victorian times. £48 billion will be spent on improving our railways. Sir Edward continued:

“I am sure most people would agree that what we want is more through services south to Lincoln and north to Grimsby together with direct connections to London, as we had in the past.”

In recent years passengers have been helped with rail fares to reduce pressures on their household budgets. Whilst under Labour fares increased, the current Government has frozen regulated rail fares in line with inflation, meaning annual season ticket holders will have approximately £425 more in their pockets in the five years to 2020.