We Need to Do Better 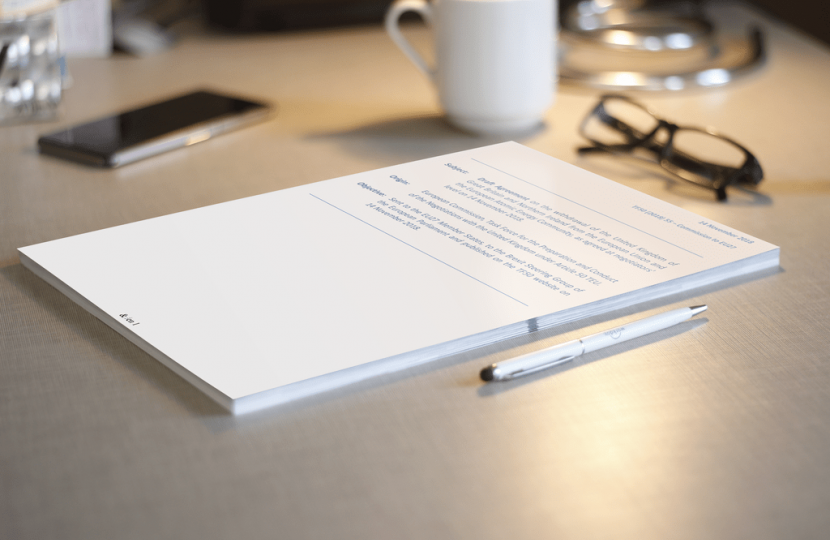 My objections to the draft Withdrawal Agreement are numerous and taken together they make it impossible for me to support the proposal in its current form.

According to the draft agreement, the UK will be subject to EU-determined rules even while it has no say in their drafting. Unlike the Treaty on European Union itself, there will be no get-out clause that allows us, for example, to unilaterally end the backstop arrangement for Northern Ireland, and it is possible we could be trapped in a customs union indefinitely.

The European Court of Justice will continue to have the final say over both the Withdrawal Agreement and the application of EU law in the United Kingdom, which under this agreement will be substantial.

During the transition the Common Fisheries Policy will continue and its quotas will be drafted without the United Kingdom having a place at the table. There is even the possibility of joint management of UK waters under the draft agreement.

Astonishingly, this proposed Withdrawal Agreement hands over £39 billion of taxpayers’ money without even the guarantee of a permanent trade deal. The “Single Financial Settlement” means we are deprived of a carrot to sweeten negotiations for a final deal leaving all the cards in the EU’s hands.

While the circumstances of the proposed agreement would be temporary, it could be extended to an unspecified “20XX”, and it leaves us in a worse-off position with regard to securing a long-term, mutually beneficial, friendly relationship with the European Union.

Britain has the capability to thrive as an independent player in the international arena, but this agreement will prevent us from taking advantage of the building blocks already in place and the as-yet-unleashed potential of striking our own trade deals.

This means that, in its current form, I cannot accept the draft Withdrawal Agreement.